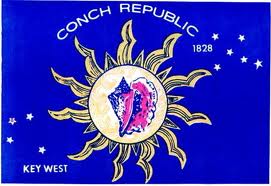 April 23rd will mark the 30th anniversary of The Conch Republic.  For those unfamiliar with the story of the Conch Republic, here’s the Reader’s Digest version.
In 1982, the drug trade was booming in South Florida.  A good amount of the contraband was making its way into the US via the Florida Keys.  In response, the US Government imposed a checkpoint on US1 just north of Key Largo.  Every person and vehicle entering the mainland was searched.

This was only a minor inconvenience to the drug traffickers, because word quickly spread and they simply revised their game plan.  However, it was a major inconvenience for residents of the Florida Keys, who quickly grew tired of the searches and began to feel they were being treated like non-citizens.  Dennis Wardlow, mayor of Key West at the time, petitioned the Federal courts to have the road blocks removed.  They refused, so a plan was hatched. 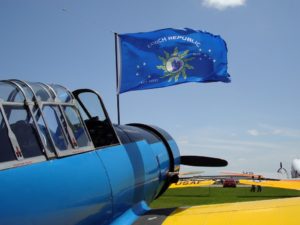 “If they’re going to treat us like another country, we will become another country”, proclaimed Wardlow on April 23, 1982, announcing that the Florida Keys were succeeding from the Union and that he would now be known as Prime Minister Wardlow of The Conch Republic.  Thereupon, he declared war on the United States by symbolically breaking a loaf of Cuban bread over a nearby Navy officers head.  Then, just as quickly, he surrendered to the same officer and applied for one billion dollars in foreign aid.  Since then, the Conch Republic has lived on in spirit, and we’re all happy to hold dual citizenship.  However, we could still use that billion in foreign aid. 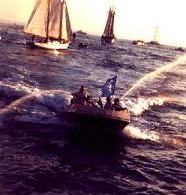 The military, tongue in cheek, indulgently recognizes our independence from the US, often flying the American flag, as well as that of the Conch Republic, on the front of their official vehicles during military exercises.  The US Coast guard annually participates in a mock marine battle with the Conch Republic Navy, the reenactment a highlight of each year’s Conch Republic Days celebration.  Boiled eggs and water cannons are the weapons of the day.
There will be a week-long celebration in Key West to commemorate the 30th anniversary of the Conch Republic from April 20th-29th, with hotels and guest houses expecting to be filled to capacity.  The high point of the Conch Republic Independence Celebration week will be a mock Navy battle in the harbor, pitting civilian sailing vessels of every description against the Coast Guard.  Inevitably ending with the Coast Guard’s surrender, the victory party has already been scheduled to commence at 9 PM.